‘In off-kilter Stephanie Conn explores with considerable skill and poise how we grapple with the world’s ecological collapse, and especially how this catastrophe is inexorably mapped onto our own fragile bodies. Fearless and uncompromising in the face of disaster, the speakers in these poems are unflinching in their observations of a wide world, and a body, on fire. Conn’s representations of wildness are like nothing I have ever read before – brutal, beautiful and true – as in ‘Tasmanian Tiger’ where ‘When you balanced on hind legs,/stood up to face their barrelled guns, presented/a gaping yawn, did a low growl slip/ from your throat?’ This is an essential collection about what we’ve lost, and what we have yet to lose – it is moving, brave and utterly aware of the impossible hope of finding balance, ‘I brave a sleigh on a small hill, laugh mid-flight,/tumble into a drift without a whimper.’ (‘Hinterland’). Honestly, it left me breathless.’

This is a great read, a book of interlinked moods, of poems and images that ‘communicate through seismic signals’. Here is work that is clear-eyed about life’s challenges, but still finds ways to reach for extravagance, using a striking painterly touch where ‘subtle flavours emerge’. Beginning in Australia and anchored with a wonderful elegy for a Tasmanian tiger, this work moves from the natural world, to the world of existential loss and fleshly trials, managing to interweave the lot with such deftness and wit that it rewards serious re-reading. From fear of bushfires to hard-won maternal protections, from interwoven metaphors of frog life to ways of understanding what happens under the skin, this is a book that takes the reader on, making us recognise ourselves in its truth and honesty. When Frida Kahlo emerges as a driving spirit it feels exactly right and to finish with icescapes of Ontario clinches this trajectory, capturing the off-kilter, as the title has it, but with a clear undertow of an antidote, the joy of poetry, of art and of love for language that comes in to underpin and soothe, carrying us ‘from landlocked salt lakes to the open sea’.

‘Poems that will attend your wounds and uncover your heart. off-kilter is a beautiful and powerful song of vulnerability and regrowth.’

‘The Woman on the Other Side’ by Stephanie Conn (Doire Press, 2016)

‘Wonderfully wide ranging yet still retaining a sense of cohesion, this first collection concerns itself with the light and dark of our lives. It is a book filled with light, from the precious drops held in the balance by the woman in a Vermeer painting, to the light for which we are all ‘… grasping madly…’. We are taken on a geographical and emotional journey by way of painters, poets and personal experience, through memory, close observation and visual detail. The poems are vivid and sensual, singing with a clear, honest voice. A beautifully realised debut from a prizewinning poet.’ Moyra Donaldson

‘This highly polished rich-ranging first collection is obsessed with ‘inner leanings’. With one foot firmly in Holland and the other in Australia, passing through revolutionary Russia’s literary landscape en route and heavily sourcing well-loved paintings in novel ways, she lays bare tensions between the domestic and the sexual, the natural and supernatural from a fiercely feminine perspective which is both shocking and exaggerated yet clear and convincing.’ Medbh McGuckian

‘Stephanie Conn’s debut, The Woman on the Other Side, is a collection rendered from experience, memory and imagination, and formed by a precise and exacting application of craft. The Netherlands inspired sequence and a series of poems to Tsvetaeva lend the collection a cosmopolitan air and signal a poet engaged with the familiar but still keeping an eye out for the wider experience.’ Alan Jude Moore

‘This collection deserves a high place in the tradition of the poet as naturalist. Precise description rendered in physical language lifts these poems off the page and into the sensory ken of the reader. One poem, “The First Lighthouse” should be read in every classroom.’ Billy Collins 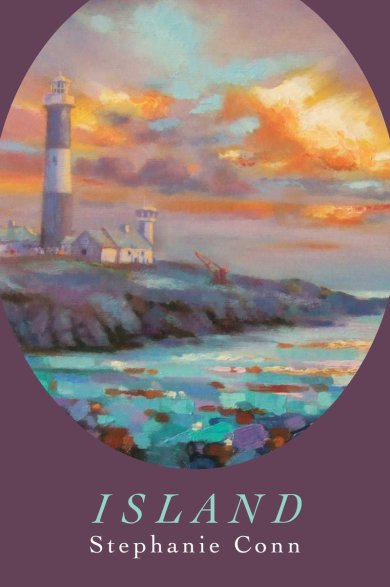 ‘These tense poems narrate a search by a poet on a familial quest for lost intimate territory focused on a small landmass off the east coast of Ireland, but in reality buried deep in an interior elusive, layered and salty. But though the crossing is wanted, there is nothing expected about the discoveries: the search offers genuine surprises, not least for the poet herself, over and over again, as each poem unfolds: “The skull of a small bird,/stripped bare, reveals teeth at the end of the beak”. From Voyager 2 to a butter churn, from fin whales to the naming of storms, Stephanie Conn is a gifted and astonished guide to an extraordinary island life, at once naturally familiar and psychically and irresistibly appalling.’ Damian Smyth

‘Stephanie Conn’s poems are exact and precise and beautifully crafted. I love that you can feel the care that was taken over each poem, the nurturing of an idea, a story, an image, into a finished satisfying coherent whole. Close observation and emotional power, held in perfect balance.’ Moyra Donaldson